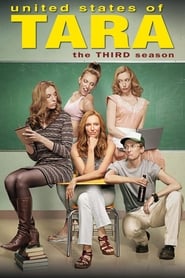 Max and Marshall return home from New York to bad news on all sides. Max learns of the new alter, Bryce, but a highly medicated Tara assures him all in under control. Marshall learns that a close friend has been killed in an accident. Tara offers support, which he gladly accepts, but on the day of the funeral Bryce emerges and apparently will not go away. It's all too much for Kate and Marshall who look to strike out on their own.