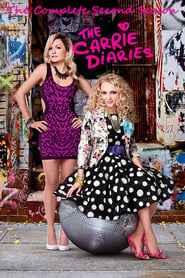 The Second Time Around

Carrie is delighted when she gets the chance to interview the CEO of Bongo Jeans – but the pressure is on when Larissa tells Carrie that this is her last chance to land a piece in Interview magazine. Mouse gets some news that drives an unexpected wedge between her and West, and Sebastian’s father delivers other news that could forever change Sebastian and Carrie’s relationship. Elsewhere, Walt finds a surprising father figure in Tom, and Maggie tries to muster the courage to tell her dad the truth about the last few months.